Sharing the awesomeness of local biodiversity

The Canadian province of British Columbia (BC) enjoys an abundance of natural diversity throughout its vast range of landscapes, including coastal rainforests, desert-like steppes and boreal forests. It is this variety of landscapes that makes BC a special place, as it supports many different ecosystems and their complex relations.

Our supportive partners at Sierra Club BC have created an EcoMap and divided BC in different Ecoprovinces, which are areas with similar weather, landscapes, animals and plants. The EcoMap helps you find out about the plants and animals in your Ecoprovince and those in other areas of the BC province too! You can visit them on https://sierraclub.bc.ca/ecomap/ if you are in need of more biodiversity inspiration or if you want to explore BC’s different Ecoprovinces! 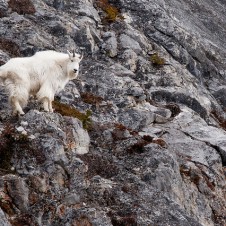